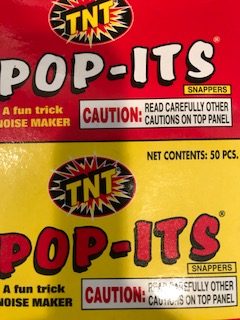 Although the Fourth of July celebrations are behind us, firework displays will continue to entertain spectators throughout the summer season, whether at city and town parks, baseball games, outdoor concerts or other events.

While these displays bring delight to people of all ages and fireworks disasters are not common,  accidents can happen. Of course, the majority of fireworks-related accidents occur at home in backyard displays. Nonetheless, if you were injured in a fireworks accident at a personal or public display, you may have grounds for a personal injury lawsuit.

The Perils of Fireworks

Most fireworks injuries are caused by common mistakes by consumers such as holding onto lit fireworks, short fuses, or lighting fireworks to close to other people and buildings. The risk of injury escalates if there are manufacturing or design defects in the fireworks or inadequate warning labels.

Additionally, there are many ways in which fireworks can malfunction, either by exploding prematurely or in an unexpected way. The dangers are greater for fireworks like roman candles, bottle rockets and other projectiles that take unexpected flight paths and cause injuries to onlookers or damage to nearby building and vehicles.

Although such fireworks are illegal in many states, users can avoid injuries by always following directions on a package, and exercise caution not to injure themselves, others, or cause damage to personal property.

According to the Consumer Products Safety Commission (CPSC), in 2016, fireworks contributed to more than 11,000 injuries and four people died from the direct impact of fireworks. A further looks at the CPSC’s figures shows that:

An individual who is injured in a fireworks accident may be able to recover damages, provided that he or she can show the injuries were the result of another’s negligence.

If a spectator is injured at a public fireworks display, for example, the promoter of the event and the fireworks company may be held liable. Although state law may limit a municipality’s liability,  a town, city or county has a duty to protect onlookers from injuries. In any event, promoters are required to keep spectators at a reasonably safe distance so that they are not injured by the discharge of the fireworks or falling, flaming debris.

If the injury was caused by a fireworks malfunction, it may also be possible to bring a product liability lawsuit against the manufacturer or the retailer. At the same time, the majority of fireworks are produced overseas, so it may be difficult to identify the negligent party. However, importers of foreign-made fireworks can also be held liable for injuries.

When it comes to backyard displays, there are a host of legal challenges here as well. Let’s say a person is at a neighbor’s barbeque and is injured by fireworks the property owner was lighting. In this situation, it may be possible to bring a premises liability lawsuit against the property owner. Finally, whether someone who is injured while lighting fireworks can recover damages depends on a host of factors: Does state law prohibit the use of fireworks? Were there adequate warning labels on the package? Did the fireworks malfunction? Did the user act recklessly and contribute to his or her injuries?

Public fireworks displays can be awe inspiring, and these events are usually safe for spectators, provided that the promoters and spectators take proper precautions. Similarly, personal use of fireworks are a thrill for many people, but perhaps it’s best to leave it to the professionals. In any event, if you suffered a fireworks injury, a personal injury attorney may be able to help you obtain compensation.

Yosi Yahoudai is a founder and the managing partner of J&Y Law. Yosi is an inspired, aggressive and successful advocate for his clients especially those injured by fireworks. He is personally committed to making a difference in his clients’ lives. Nothing makes Yosi happier than getting his clients’ lives back on track.

Workers’ Comp — The Ins and Outs
Scroll to top