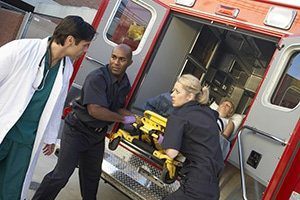 Passengers in a car accident are in a unique position: they generally have two parties they can potentially recover from, the driver of the car they were traveling in, and the driver of the other vehicle. While fault is an important part of determining which driver to pursue, there are times where a passenger in an auto accident can attempt to collect under both drivers’ insurance policies.

If you’ve been a passenger in a car accident and were a victim of a hit and run, you may have a hard time successfully filing a claim against the other driver’s insurance company. The reason is that you do not know who owned the car that hit you.

In either case, you can typically file an uninsured driver’s claim with the insurance company who your driver has his insurance with. This works as a safeguard in situations where you don’t know the identity of the driver who hit you (and ran).

Often, passengers and drivers are related to one another, or are family. If you are in a car accident where you witness your family members being injured, you may have special damages which will increase the value of your claim. Quite often, multiple passengers are represented by the same attorney in a claim against an insurance company, which due to the cumulative effect of the representation, increases the value of the overall claim or case against the insurance company.

Liability As A Passenger

North Carolina is a contributory negligence state, meaning if you’re found to be even one percent at fault, a jury is instructed to give you nothing. Passengers are very rarely at fault in a car accident. This makes the liability hurdle in a negotiation an easy one to overcome. Whereas in other claims the insurance company will offer a lower amount knowing that if they can prove you to be one percent at fault you’ll get nothing, they do not have that luxury when you’re a passenger.